We've been using it to track worms. If a worm contacts our monitoring system, its IP address is logged and is then converted to latitude and longitude. It alls goes into an XML feed that we use with Google Earth's network links. 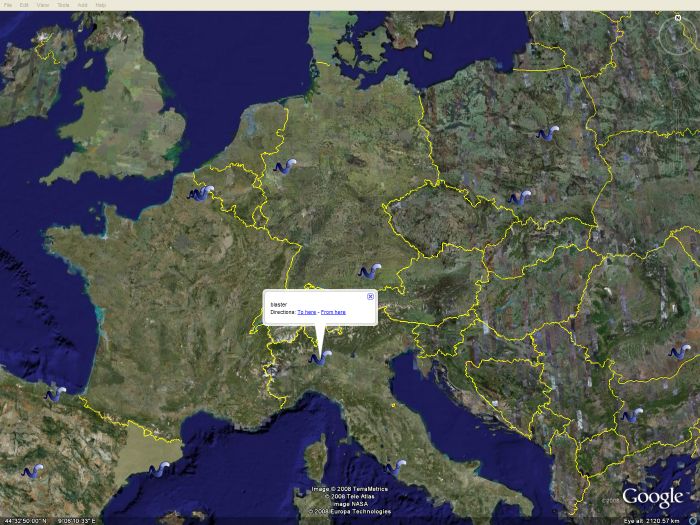 Lets take spam. This is what the source of spam from a single personal account looks like: 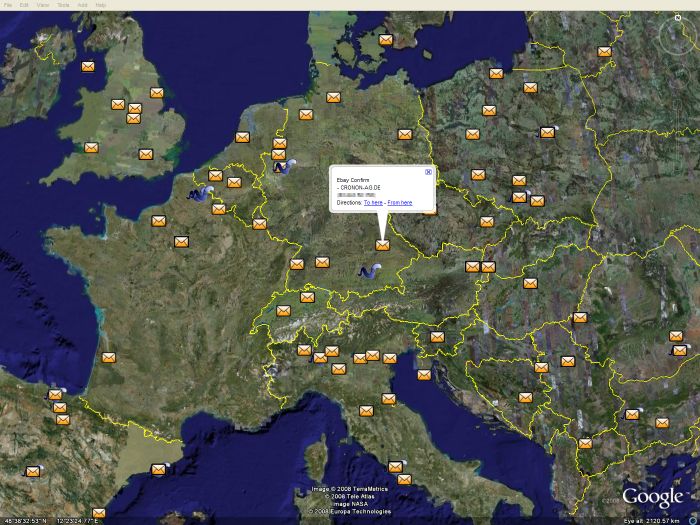 Then there's our worldmap.f-secure.com data. It also feeds an internal system that we use in the lab.

We've adapted that data for Google Earth which then looks like this: 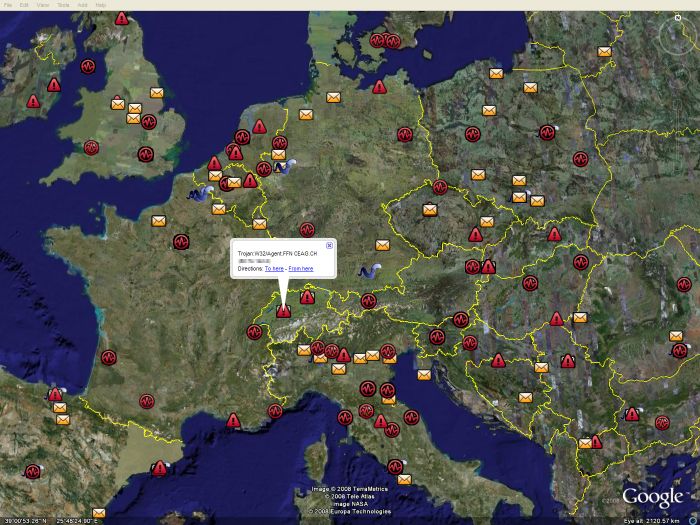