[FSec] The Trusted Internet: Who governs who gets to buy spyware from surveillance software...

When hackers get hacked, that's when secrets are uncovered. On July 5th, Italian-based surveillance technology company Hacking Team was hacked. The hackers released a 400GB torrent file with internal documents, source code, and emails to the public - including the company's client list of close to 60 customers.

The list included countries such as Sudan, Kazakhstan and Saudi Arabia - despite official company denials of doing business with oppressive regimes. The leaked documents strongly implied that in the South-East Asian region, government agencies from Singapore, Thailand and Malaysia had purchased their most advanced spyware, referred to as a Remote Control System (RCS).

According to security researchers Citizen Lab, this spyware is extraordinarily intrusive, with the ability to turn on microphone and cameras on mobile devices, intercept Skype and instant messages, and use an anonymizer network of proxy servers to prevent harvested information from being traced back to the command and control servers.

Based on images of the client list posted to pastebin the software was purchased in Malaysia by the Malaysia Anti-Corruption Commission (MACC), Malaysia Intelligence (MI) and the Prime Minister's Office (PMO): 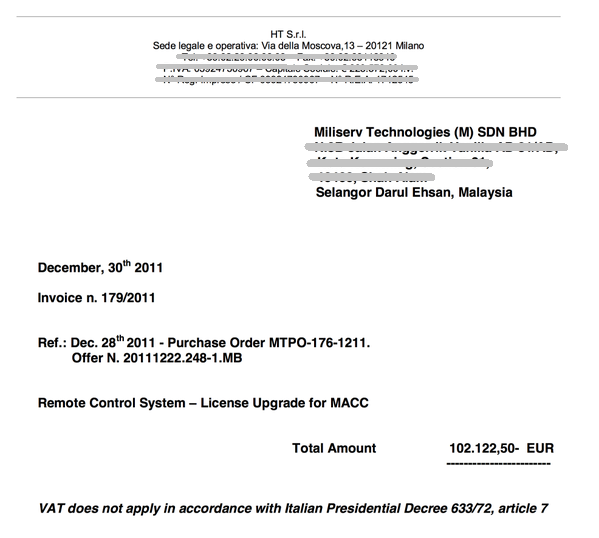 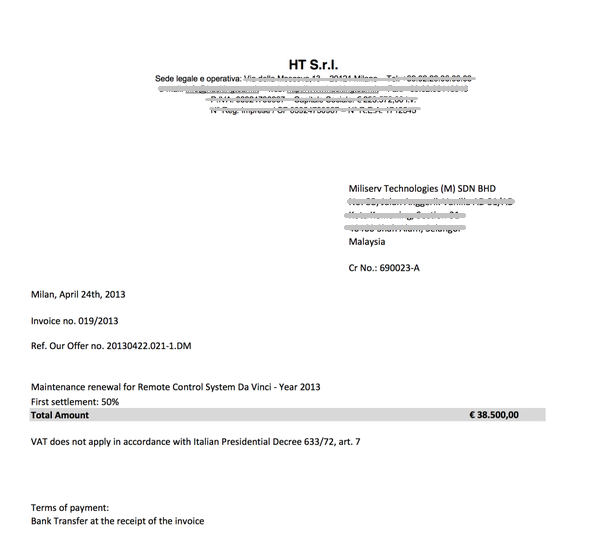 Why the Prime Minister's Office would need surveillance software remains puzzling. Mind you, professional grade spyware ain't cheap - a license upgrade could cost you MYR400, 000 and maintenance renewal will set you back about MYR160,000.

According to reports of the incident in Malaysian alternative media, Malaysian government agencies have probably been using the spyware even before discovery of the FinFisher malware that was detected in the run-up to the 2013 General Elections.

Coincidentally, Malaysia has also been the frequent host of the annual ISS World Asia tradeshow, where companies promote their arsenal of 'lawful' surveillance software to law enforcement agencies, telco service provider or government employees. During the 2014 event, the Hacking Team was present and the associate lead sponsor of the event.

MiliServ Technologies is currently involved in the upcoming 2015 ISS World Asia in Kuala Lumpur. The event is invitation-only  though it may be interesting to see if Hacking Team will make it there this year.