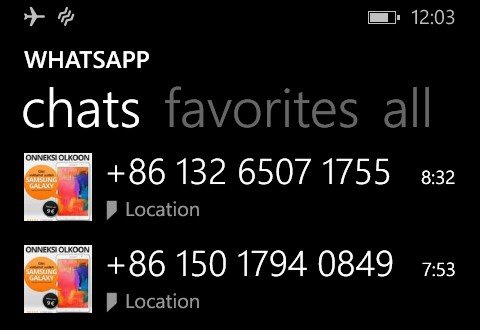 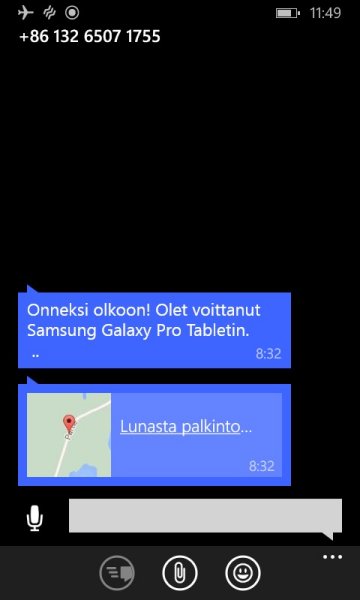 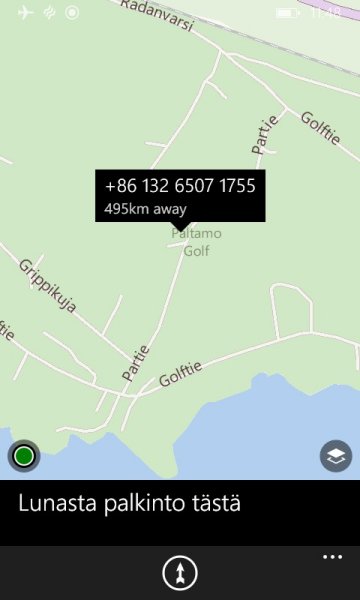 A somewhat funny coincidence; I enjoyed a very nice family lunch there last summer. I'm certain it doesn't have an +86 number. The +86 country code belongs to China. The 132 and 150 prefixes belong to two GSM based networks.

Using the info function of WhatsApp reveals a larger version of the profile picture. 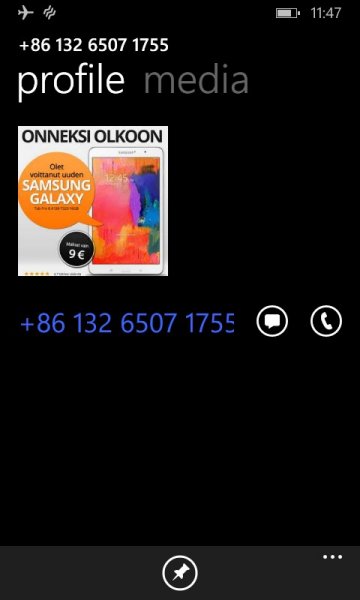 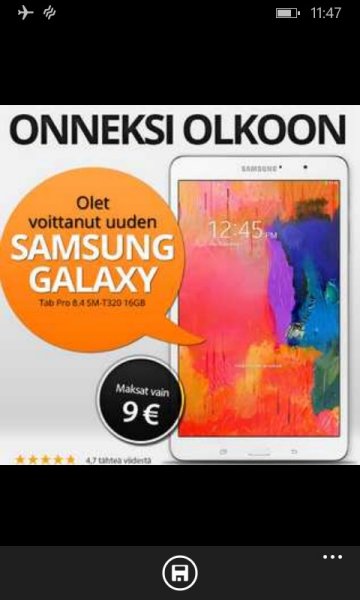 And that image appears to have been pulled from some "Lotto24" campaign. 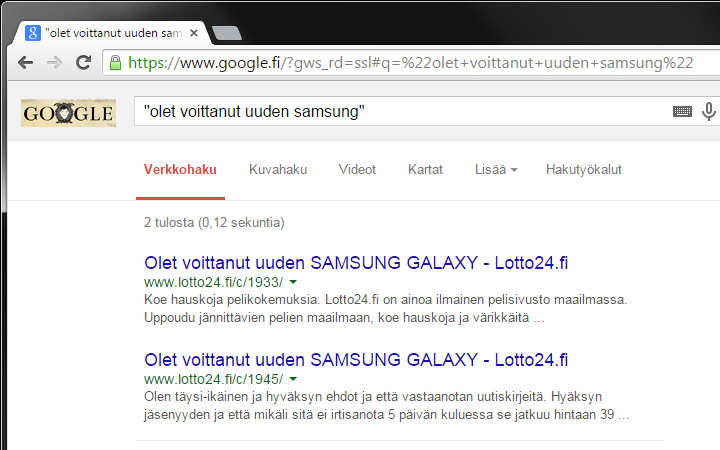 On an iPhone, a map was opened, the same as what happened with Windows Phone.

But on an Android device, the map linked to Chrome which followed a Google short-link to lotto24.fi.

The short-link metrics reveal that more 22,000 people (and counting) have clicked on the spam's link, almost all are from Finland. 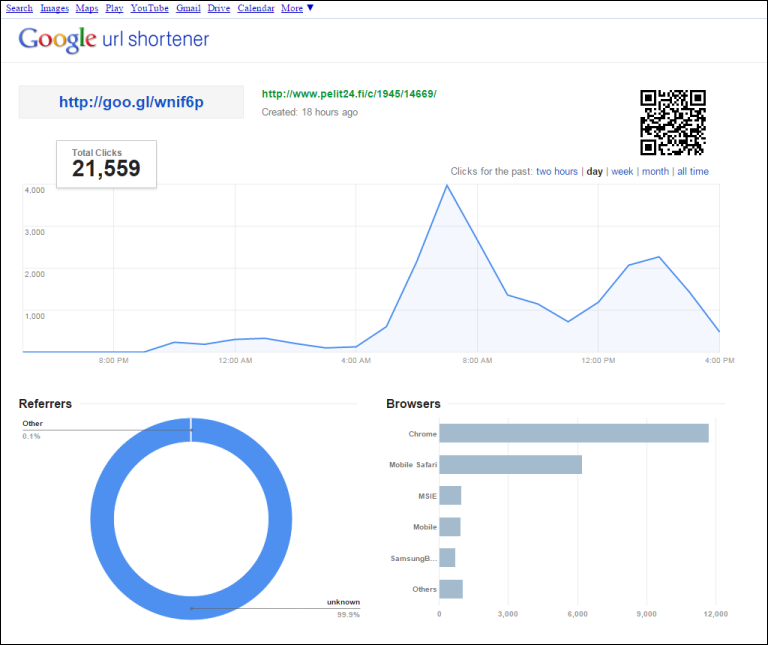 Thanks to Daavid for the screenshots.