There was a "cyberwar" in Estonia one year ago. Civil unrest, protests, and rioting culminated in DDoS attacks against Estonian government websites. What started on the streets moved online with those that couldn't be physically present taking part in DDoS attacks that lasted for more than a week.

There were plenty of DDoS tools distributed during the attacks:

The anniversary of the riots haven't generated any activity as of yet and we don't expect anything significant later.

An "e-jihad" planned for the 11th of November never materialized.

And earlier this month a DDoS attack planned against CNN resulted in only random outages, mostly in Asia.

Anti-CNN tools were distributed&hellip; but without street protests to really capture people's attention, nothing carried-over to online attacks. 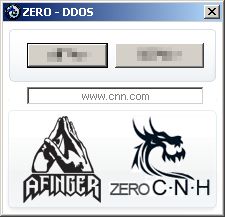